MPM introduces the new premium synthetic motor oil 5W-30 DFI. MPM 05000DFI motor oil has the latest BMW LONGLIFE-04 specification and has been specifically developed for the new BMW engines available since 2018. BMW has made the modified BMW specification LONGLIFE-04 (5W-30 viscosity) a compulsory requirement for these new engines. 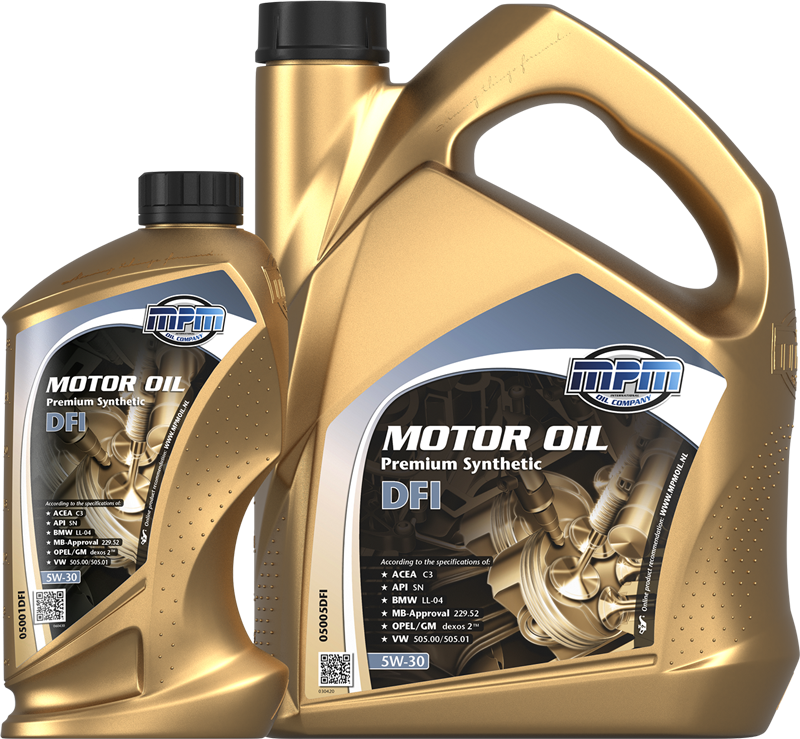 This new product may also be used for engines manufactured before 2018, provided that the BMW specification LONGLIFE-04 is prescribed. For BMW engines from before 2018, MPM motor oil products such as 05000DPF and 05000ESP – which meet the pre-2018 specifications – will also remain available. BMW LONGLIFE-04 was initially launched in 2004, some 16 years ago now. At that time BMW adapted its engines to comply with emissions legislation (currently EURO 6). Six-cylinder aspirated engines with indirect fuel injection have been replaced by four-cylinder turbocharged engines with direct fuel injection, delivering just as much or even more power. As a result of these new engine developments, BMW has had to set new requirements for the LONGLIFE-04 motor oil in order to guarantee that the motor oil delivers the desired performance in these new engines. In the new engines, the motor oil must deal with far stronger forces and there are higher needs for, among other things:

More information can be found at the 05000DFI product page. If you would like to receive additional information about this product, please feel free to contact us.